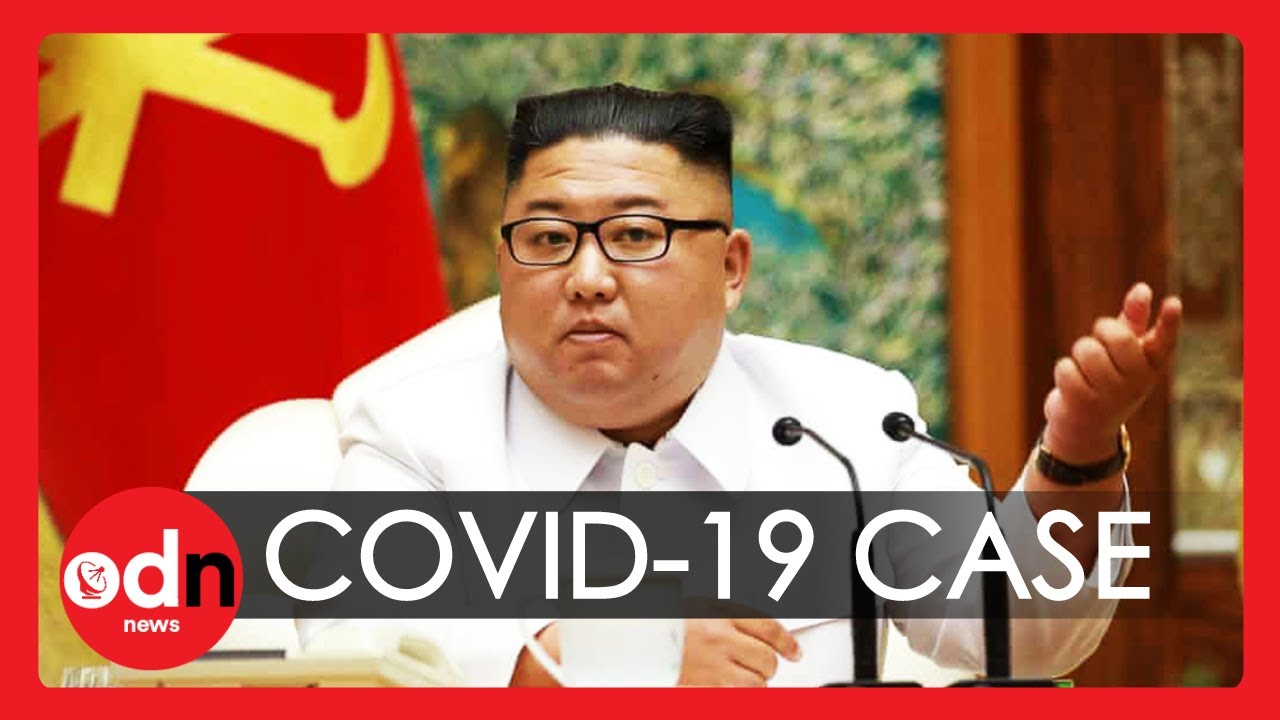 8:27 AM 7/28/2020 - I think, that the investigation into the origins of the Disease -X-19 ("Covid-19") has to be structured as the counterintelligence - criminal one, and to include the epidemiological and other data. Good DETECTIVES are needed! | New Abwehr - KGB - Russian Mob Incite the R-R-Revolution in AmeriKa! | 2:32 PM 7/26/2020 - American protests: Demonstrations, violent riots expected to continue throughout the country

8:27 AM 7/28/2020 By  Michael Novakhov (Mike Nova)   I think, that the investigation into the origins of the Disease -X-19 ("Covid-19") has to be structured as the counterintelligence - criminal one, and to include the epidemiological and other data. Good DETECTIVES are needed! - M.N. | 8:32 AM 7/27/2020 4:58 AM 7/27/2020 - New Abwehr - KGB - Russian Mob Incite the R-R-Revolution in AmeriKa! 2:32 PM 7/26/2020 - American protests: Demonstrations, violent riots expected to continue throughout the country Michael Novakhov - SharedNewsLinks℠ Michael Novakhov - SharedNewsLinks℠  |  InBrief  |  - Michael Novakhov - SharedNewsLinks   8:01 AM 7/28/2020 - Was Sars-Cov-2 bio-engineered to cause the infection and hair loss in minks to stop fur farming? - Google Search Google Alert - Coronavirus and US Military: Trump names retired army colonel as ambassador to Germany amid pullout COVID-19: CDC Reveals Percentage Of NYC, Long Island, Westchester Resid
Read more

9:35 AM 7/28/2020 - To #CDC, Dr. #Redfield: I think, the link between aggressive and likely infected and sick rodents in #RocklandCountyNY and the high Covid-19 rates there has to be explored to the fullest. These studies and actions may provide the key to solutions for the other areas. ASAP! #FBI

8:15 AM 8/12/2020 -  Is the "Covid-19" Pandemic a Bio-Warfare unleashed by North Korea?!   M.N.: This is quite valid hypothesis, from many points of view, including the use of the biological weapons, among them the Hantavirus infections in the Korean War of 1954 , possible (scientifically reported) the fecal-respiratory transmission mode as the common point between Sars-Cov-2 and the Hantaviruses Infections, recent geopolitical tensions around North Korea, the New Abwehr - Gerhard Schroerder's interests, plans and activities around the Reunification of Koreas, etc., etc. This hypothesis has to be explored in depth by the CIA and other agencies. It may hold the clues, leads, and answers.  "North Korea knew that if they deploy the virus at Wuhan city during December 2019 , then it would create an outbreak during the Chinese New Year and slowly spread to the USA during Easter. So, North Korea wanted the COVID-19 disaster to happen during the Chinese New Year and E
Read more

10:12 AM 8/12/2020 - Can SARS-CoV-2 be transmitted via feces? "Various observational and mechanistic evidence support the hypothesis that SARS-CoV-2 can infect and be shed from the human gastrointestinal tract." | Sars-Cov-2 fecal-respiratory transmission

"The greatest griefs are those we cause ourselves." - from "Oedipus Rex" - The Disease X-19
The Hypothesis of the Disease X-19 as the New Abwehr Intelligence Operation and the new type of the combined Biological - Informational Warfare

The U.S. coronavirus death toll will depend on how southern and western states with the worst outbreaks respond to the virus over the coming weeks, Birx said.
“What we are seeing today is different from March and April. It is extraordinarily widespread ... it’s more widespread and it’s both rural and urban,” Birx said during an interview on CNN.
_____________________________
7:10 PM 8/2/2020 - M.N.: How shall we understand the patterns of the Covid-19 Pandemic WAVES in different countries and locations? Is this, at least in some part, a reflection of the continuous, deliberate, intentional spread? Are the travel waves superimposed on the pre-existing "sustained community transmissions"? Is this more than just one infection with Sars-Cov-2? Given the complex and polymorphous clinical picture and symptoms more consistent with the Multi-system Inflammatory Syndrome, including in children, rather than just the "Atypical Pneumonia" addressed in early Chinese studies, this question is quite legitimate. Hypothetically, the co-infections can include the Hantaviruses and the African Swine Fever, among the others.
For how long did the hypothetical local reservoirs of infection(s) exist, and how were they formed? Was this in any way intentional or facilitating also? What was the role of the various animals, including pets and livestock in formation of these hypothetical reservoirs?

What is the role of rodents? Is the unusual proliferation of the city rats, including the unusually large (Well fed ones? Nutrias, contaminating the waters?) worldwide and their unusual aggressive and "crasy" behaviors a sign of epizootics in rodents? They were quite often the vectors in the epidemics throughout the history, and probably for millennia.
The infections in other, biologically close to them animals, such as minks, are very well documented and reported. Are these epizootics "natural" or induced, set intentionally? The political interests and agendas are clearly visible in the fur farming affairs.

What drives this Pandemic and the local epidemics, what are their mechanisms? About the half of all transmissions worldwide are of the origins which are described as "unknown", "undetermined", "cryptic", "multiple" and "independent". And this "unknown" half is probably the source of the "known", traced down half. So essentially, the sources and the origins of this Pandemic are largely, if not entirely, UNKNOWN.
Comment in WP

The Hypothesis of the Covid-19 origins as the gradually emerged, within the last 10-15 years, possibly multi-infection condition, and possibly transmitted by vectors related to pigs and rodents.

Covid-19-review.org: Covid-19 Review: The Pandemic As The Bio-Info-Weapon - The Disease X-19 | Studies in Forensic Epidemiology | Blog by Michael Novakhov
I respectfully recommend to WHO and the Scientific Community to rename “Covid-19” into the “Disease X-19”, because the etiology of this syndrome is highly uncertain, and it might involve more pathogens than Sars-Cov-2 alone (possibly Hantaviruses, ASF, and/or other infections). Furthermore; presently, as reported by the clinicians, the clinical picture appears to be the complex multi-organ – multi-system failures, it looks quite different from the one which was initially observed and described in China in the beginning of 2020.
It is more than just the terminology; it is the correct unbiased thinking and the correct, fruitful research and the interventions.
Naturally, the broader outlook changes the perspectives on the evaluation: all the relevant lab tests have to be performed, including the old preserved samples. The comprehensive studies testing this hypothesis are needed.
It looks like the from the times of Antiquity, the Co-infections were the preferred tool of the Biowarfare as the simple method of increasing the pathogenic efficiency.
The unusual and well documented proliferation of rodents, including the large rats in the major cities globally, along with their noticeably abnormal behavior is a clue that they might be the vectors in the transmissions of the combined infections.
The recent, in the last several years, mostly reported in 2013-1019 massive epizootics of the viral illnesses in pigs livestock in China are the reasons for concern as the possible source of infections in rodents and the possible zoonotic jump in the present Pandemic.
This line of thought corresponds with the recently reported data about the earlier than thought previously emergence of the Pandemic: in the Spring-Summer of 2019, both in China and Europe.
We have to understand the nature of the Disease X-19, before we attempt to determine its origins.
Michael Novakhov | 7.13.20
6:27 AM 7/23/2020
The Hypothesis: The pathogens causing the Disease X-19 circulated in the major local epicenters areas for years (10-15) before the first clinical cases were detected and identified.
Besides Sars-Cov-2, they may include, hypothetically, the pathogens of the Hantaviruses Infections, African Swine Fever, and/or other infections, with or without the genomic modifications of these pathogens in a Lab.
The vectors may include pigs, especially industrially produced, as in the Northern areas of Italy and Spain, and various rodents: rats and mice, including the large water or river rats, such as nutrias or coypus. The unusual and very noticeable proliferation of these rodents, especially the large ones, which appear to be sick, infected, and psychotic, was observed in all major cities of the world. Quite often, these infections may occur in humans and animals asymptomatically.

Selected Links to News and Searches